This series examines the infection of psychic violation.

In Western painting tradition, women are generally objectified, cloaked in a serene blue, a life-giving red or fleshed-out in pinks and browns, to satisfy the male gaze. In these paintings, by contrast, the figure as female protagonist, while remaining constrained by fleshy hues, often butchered, forces a psychic extreme of liberated expression, energised by viridian.

These paintings are barely illustrative, rather the materiality of the pigment in the oil paint reasserts the woman's sexuality and identity in her own terms as a power which has been repressed through religious superstition, witchcraft persecution, and gendered tradition.

Thumbnails are shown below. Click here for full images. 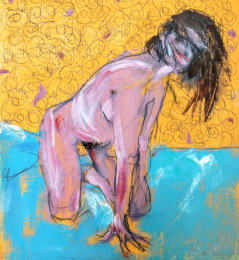 Yellow wallpaper
Oil and carbon pencil on board 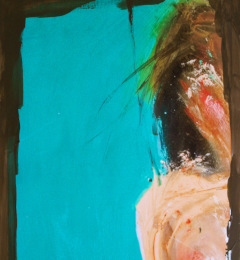 Constraint no 2
Mixed media on paper 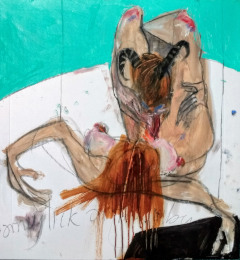 Devil may care
Oil on cardboard 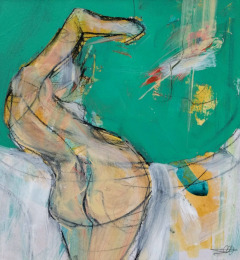 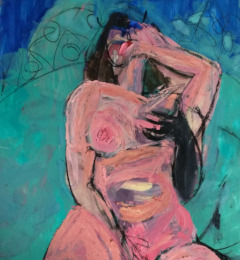 The Performer
Oil on board 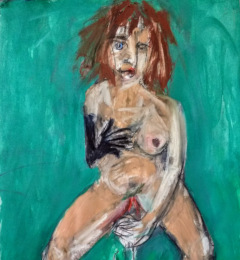 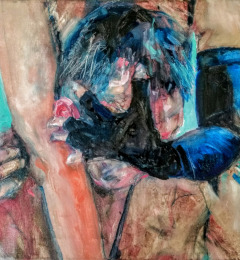 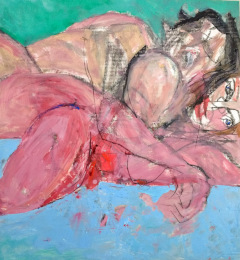 Lying
Oil and charcoal on cardboard 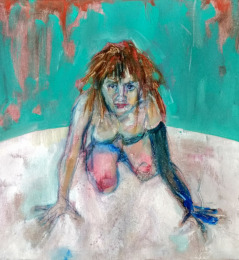